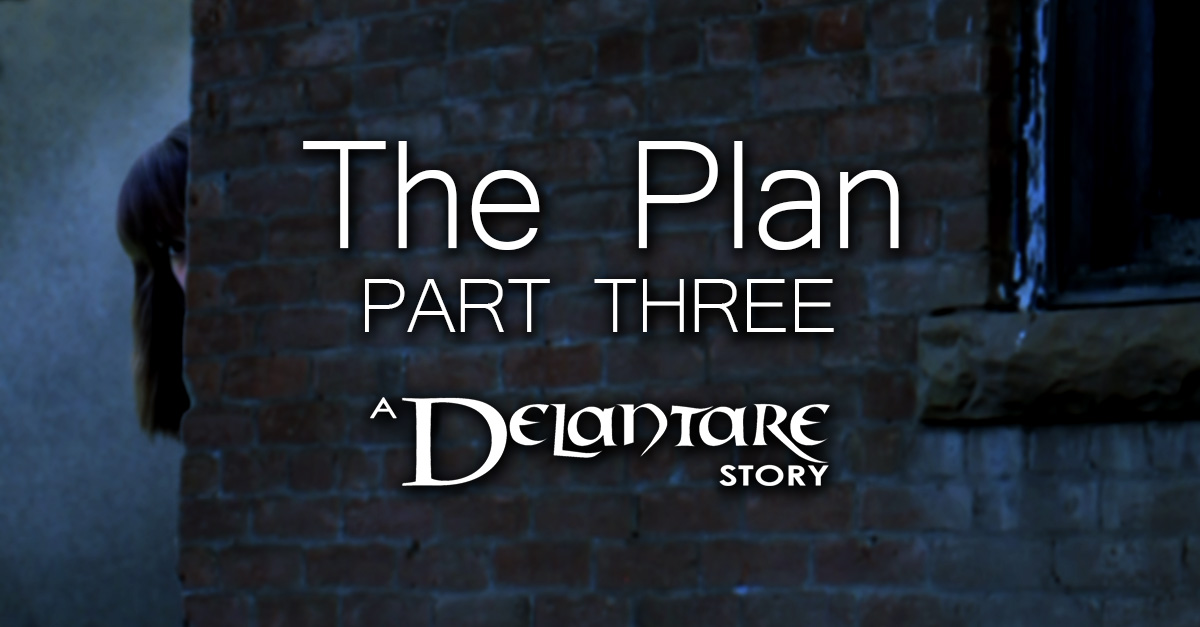 Sitting on the edge of a cot, alone in his room, Andrew finally let himself begin to relax.  His arms started to shake as he mentally forced the pent-up tension to leave his body.  He processed the events of the day: watching two people he considered friends get blown away, his suspicions that Bolton intended for him to die with them, and now these revelations of Bolton’s grand plan for the gang… and his plans for those girls he’d been taking in.

Andrew squeezed his hands into fists as he felt something stir inside him.  He had done plenty of things that were illegal in his life, but this… there was something deep in his gut that told him that this was just wrong.  The more he thought about what Bolton implied his intentions were, the more he felt a blinding rage like he had never felt before bubble up within him.

It all made sense now: why the girls were being kept away from the rest of the gang, why no one was allowed near them.  Bolton didn’t want them “spoiled” for his future plans to use them to sway the powerful people of the city into his influence.

Andrew grimaced.  Even thinking about it in those terms made his stomach churn.

Screw this, he thought as he stood.  I’ve got to do something.  He paced around the cramped room, racking his brain for a plan of action.  Those girls were clearly a vital part of Bolton’s plans, and Andrew could very well be signing his own death warrant if he did anything to threaten that.

I have to warn them.  But how?

It’d be far too risky for him to talk to all five of the girls at once, but maybe he could talk to one of them.  In his mind’s eye, he saw the girl who got between him and Bolton when they were arguing before the convenience store job.  She was unafraid, even as Bolton towered over her, hand raised, threatening to strike her.  Andrew nodded.  Yes, she was the one to talk to.

He didn’t have long to wait for nightfall, but he had quite a while to wait for everyone to either be out of the warehouse or asleep.  Finally, when everything was still, Andrew crept to the room where the girls were kept.  After confirming he was unobserved, he slipped a folded piece of paper under the door.  He made it back to his room and finally settled in to sleep.

The next day passed uneventfully.  Andrew stayed at the hideout so as not to risk being caught by anyone who may have seen him during the robbery attempt.  He never saw Bolton, which he decided was a good thing as he wouldn’t have to worry about any kind of awkward follow up to their meeting.

Once night fell, Andrew snuck out to the alley behind the hideout, sat against the wall, and waited.  He kept waiting, even as the time he specified in his note came and went.  He only began to worry when it approached two hours past the meeting time.  He waited half an hour longer before he finally heaved a resigned sigh and heaved himself to his feet.

“Your note said you had something important to tell me.”

Andrew had no idea he could move that quickly as he spun around, fists up defensively.  At first, he didn’t see anyone around.  But then he saw some wisps of light brown hair and a pair of dark brown eyes peeking around the corner of the building.

“How long have you been there?” he hissed fiercely as he lowered his fists slightly.

“I dunno.  Not long,” the girl replied as she slipped around the corner.  Her eyes darted around nervously, as if expecting to be jumped from all directions at any moment.

“You better hurry before they find out I left.  I’m not supposed to be outside,” the girl said.  Andrew studied her carefully.  She appeared to be in her early twenties.  The hideout wasn’t big on amenities, but he could tell she was at least trying to keep herself tidy.  Her hair was tied back in a loose ponytail that hung past her shoulders, and her t-shirt and jeans had clearly been through a lot, but weren’t too terribly tattered.

“First off, I’m Andrew.  How about you?” Andrew tried to sound casual, hoping it would put her at ease and make her more trusting of him.

“Not-Andrew,” she replied curtly.  Andrew raised an eyebrow. Okay, so much for trusting.

“Because I figured I could take you down if you tried anything funny,” the girl retorted.

“Hah.  I thought you wanted me to hurry,” Andrew said dryly.  She shrugged.  Andrew shook his head and continued.  “Yesterday Bolton told me about his plans for the gang.  For you and the other girls.”

She looked at him quizzically.  Good, at least he had her attention now.

“He wants to be some kind of crime lord.  Influencing elections, running guns and drugs through the city, controlling the police, you name it.”

“What, has he been watching too many Batman movies?” the girl snorted derisively.

“It’s stupid, but he’s serious,” Andrew said.  “And he was just as serious about what he had planned for you and the others.”

“What do you mean?” she asked, suspicious.

“Use your imagination.  Do you really think Bolton took you in out of the goodness of his heart?  You mentioned you’re not allowed outside.  Kinda strange for such a nice guy, right?”

She looked away, deep in thought.  Andrew watched as her expression gradually moved from suspicion to realization to anger… and then to utter hopelessness.  She suddenly locked eyes with Andrew.  The hollow despair in her gaze tied a knot in his stomach.

“Why are you telling me this?”

“Because I want to help you get out of here.  All of you.  Robbing stores is one thing.  But this… this is beyond insane.”

A dog barked a few streets away, putting them both on guard.  They looked around frantically, making sure they were still alone.  The girl began to back away from Andrew toward the corner of the building she had come from.

“Wait!” Andrew said urgently.  “I have a plan, alright?  Bolton needs a lot of money built up before he can start his plan.  I know where he keeps the cash.  If I can get it, can you and the other girls be ready to leave in two days?”

“I don’t know if they’ll believe me.  They all seem to really admire Bolton for giving them a place to stay.”  She thought a moment longer, and then nodded.

Andrew sighed, relieved.  “Good. We better get back inside before we’re spotted.”

The girl nodded and turned to leave.  She stopped at the corner of the building.

“Hey, Andrew,” she called back.

“My name is Summer.”

Before he could say anything else, she was gone around the corner.  Andrew nodded, determined to do whatever he could to stop Bolton.

Click here to learn more about the stories of Delantare!