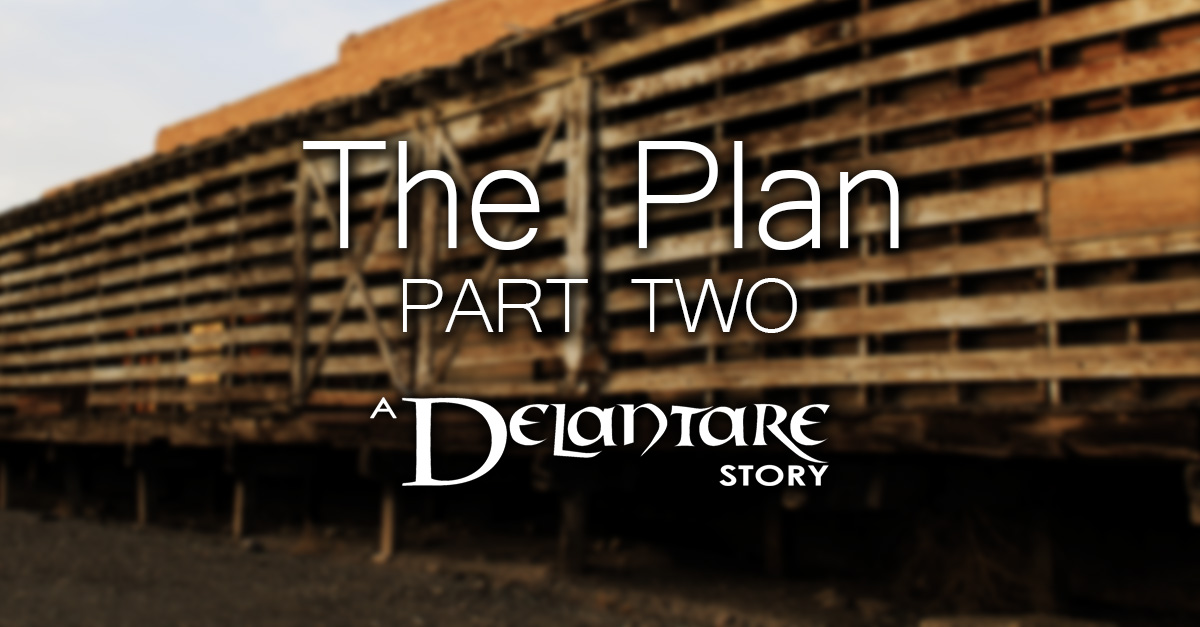 Andrew paused a moment, waiting for his eyes to adjust to the dim light.  A handful of the other gang members lounged around on old, tattered furniture, enjoying some down time between jobs.

The building was an old and abandoned warehouse.  No one knew who owned it, but whoever the owner was clearly didn’t care enough to keep an eye on the place.  There were several offices around the main space that Bolton had converted into living quarters for any of the members of the gang to use when they needed a place to crash for a few nights.

“Bolton here?” Andrew asked the group.  Several of them nodded, while one nodded toward a closed door on the far side of the room.  Bolton’s office.  Andrew approached the door, willing his heart to stop racing as he knocked.

“Come in,” a voice rumbled through the door.  Andrew pushed the door open and stepped through, closing the door behind him.  Bolton sat behind an old wooden desk in an even older tattered office chair.  The surface of the desk was covered with scrawled notes, graphs, maps, and an empty beer can.  He was a giant of a man, well over six feet of solid muscle.  Andrew had seen him in a fight before, and knew just how quickly and savagely Bolton’s huge hands could beat a man.  Andrew stood close to the door, well out of Bolton’s reach… just in case.

Bolton flinched.  He let out a curse and slammed his fist onto the desk, knocking the empty beer can to the floor.

“Bad intel is what happened,” Andrew spat.  Maybe going straight on the offensive would goad Bolton into a confession.  “There was a shotgun behind the counter!  How did we not know about that?”

“Heads are gonna roll for this,” Bolton growled.  He pushed himself out of his chair and paced angrily behind the desk.  “You weren’t able to grab anything?”

“Never had the chance.  As soon as we came in, the old lady whipped out the gun and started firing.”

Bolton stopped in his tracks and glared at Andrew.

“Wait, you mean you were run off by an old lady?”

“Who was firing a shotgun at our faces, yeah.  Which we knew nothing about despite weeks of casing the place, by the way.”

Another growl rumbled in Bolton’s throat as he fiercely shuffled papers around on the desk, looking over figures and notes.

“This is gonna set us back months,” he grumbled to himself.  Andrew didn’t like how Bolton kept ignoring his question.

“Did you have any problems with the cops?” Bolton asked, barely looking up at Andrew.

“No, I got out of there before they arrived.”

“Well that’s good at least,” Bolton muttered.  He sighed suddenly, letting his head droop for a minute as he calmed himself.  Andrew watched, not sure what to say.  Eventually, Bolton straightened to his full height and heaved a resigned sigh.

“It’s okay.  We can still salvage this.”

“Good,” Andrew replied testily. “That’s more than we can say about Mark and Jimmy.”

Bolton waved the remark aside as he circled the desk and lowered himself into his chair.  He gestured to another torn office chair gathering dust in the corner of the small room.

Andrew pulled the chair over to the front of the desk, being sure to not turn his back on Bolton.  He practically fell into the chair as his legs suddenly gave out, the stress and panic of the day finally catching up to him.

Bolton leaned back in his chair, running his hands over his slicked-back hair.  He studied Andrew for a moment, his face betraying nothing that could tell Andrew if he harbored any ill will toward him.

“I’ve got big plans, Andy.  We can’t afford to botch any more jobs.”

“Then maybe give me better intel next ti–”

“I’m talking,” Bolton interrupted.  The volume hadn’t changed, but there was a power behind his voice that even Andrew knew better than to defy.  He clamped his mouth shut.

“If we do this right, we can be running the city in a year,” Bolton continued.  “Police won’t be able to touch us, and we’ll all be making more money in a month than most people make in ten years.”

Andrew wasn’t sure if it was safe to speak yet, though he couldn’t help but raise an incredulous eyebrow.  Bolton noticed and a sly smile crept over his lips.

“It’s all in here,” he grabbed a packet of papers off the desk and shook them for emphasis.  “Business plans, suppliers, political campaigns to fund, you name it.  Once we have the initial capital, it’ll all start falling into place.”

“So, what, you want to build some kind of criminal empire?” Andrew couldn’t help asking.

“I prefer business empire,” Bolton chuckled.  “Some of our products may be of questionable legality is all.”

Andrew nodded slowly, processing it all.  Bolton was a dynamic leader and knew how to inspire confidence and loyalty in others.  It was a trait that Andrew admired, and was a big part of why he had joined up with him in the first place.  He had no idea the man was so ambitious, though.  Sure, all the guys in the gang swapped day dreams of being wealthy and powerful some day, but Andrew didn’t think that they realized their boss was actually planning on making it happen.  It certainly explained the increasing riskiness of their robberies, and the recent flood of new people joining up.

Thinking of the newcomers, Andrew had a sudden concern.  A lot of the newcomers had been young women, which no one ever seemed to see much of once they arrived.  There was an unspoken vibe that they were off-limits, under Bolton’s special protection.

“So how do those girls fit in to your plan?”

There was a decidedly unfriendly gleam in Bolton’s eye.  His smile died.

“Don’t worry about them,” he replied curtly.

“Bolton,” Andrew felt something stirring inside him.  He was not going to back down from this one.  “What are they for?”

Bolton kept silent for a moment, eyes locked with Andrew.  Andrew stared back defiantly.  The corner of Bolton’s mouth twitched.

“Let’s just say that some powerful people will need to be offered more than money to cooperate.”

Something about Bolton’s tone and demeanor made Andrew realize he was treading dangerous waters right now, and he needed to back down before he got hurt.  He kept his face a passive mask.

Bolton stared at him hard, daring Andrew to defy him; to question him further.  Andrew stayed quiet.  Bolton nodded slowly, as if in approval.

“But none of it will matter if we don’t make the money we need to get started,” Bolton said, the edge still in his voice.  “So go get some rest.  I’ll need you to hit a few more places this week.”

Andrew nodded and took that as his cue to leave.  He stood up and moved toward the door.  As he gripped the knob, Bolton spoke after him.

Andrew didn’t look back as he closed the door behind him so that Bolton wouldn’t see the seething anger on his face.